I’m delighted today to present a guest post by Edwina Circuitt, the long-serving coordinator at Warakurna Artists.  After nearly a decade of service to the art centre and the elders who find occupation, companionship, and purpose there, Edwina is now involved with a new project to lift the aspirations and outcomes of some of the youth of the community.  Warakurna Artists is working with the Yurliya Band to develop a constellation of programs that will support the development of skills in music, marketing, and video…and have some fun in the process.

As the prospectus below notes, the Band’s immediate goal is to perform at the 2013 Bush Bands Bash, set for September 21 in Alice Springs.  If you want to check them out before then visit their blog where you can hear a couple of the tunes that they’ve uploaded to SoundCloud.  Their sound is classic desert reggae, but one of the things that distinguishes them to my ears is an inventive use of a pop-silky smooth keyboard sound that alternately gives depth to the rhythms and offers intricate swirling fills that have an almost baroque ornamental quality to them.  One thing for sure, they’ll get a crowd up on their feet in no time flat.  So, with thanks to Edwina for the words and pictures that follow, ladies and gentleman, let me introduce the Yurliya Band!

An aspirational training program for the young people of Warakurna 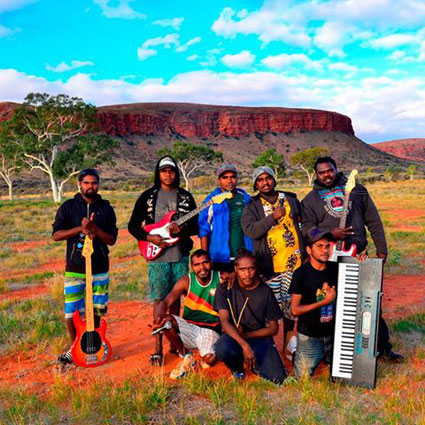 This project has been driven by the Yurliya Band members in collaboration with Warakurna Artists, Ngaanyatjarra Media and Warakurna Community Council.

This project is a ‘seed or aspirational’ project and has been designed to engage some of the most disengaged residents of Warakurna Community, young people. Its aim is to use the Yurliya Band as an anchor or springboard for a dynamic and intensive group of programs.  It is envisioned that the programs be delivered in a short timespan (3-4 months) in order to maximise/maintain the energy and enthusiasm displayed by the band and their supporters.

The ‘satellite’ programs will include music development, photography, film and post production workshops, development of branding and merchandise (retail and micro enterprise development) and are outlined in more detail below.  These satellite projects will engage many young people in the community and in fact have been generated by the group themselves.

It is also envisioned that this project could become a model adopted by the rest of the region.  A vital music scene across the Ngaanyatjarra region could then be harnessed into an arts, music and cultural festival for the Ngaanyatjarra Lands.  A model that could be considered as an example is the Walking with Spirits Festival held near Beswick, NT and hosted by Djilpin Arts.

The festival has a strong focus on music and dance and is in partnership with the Bell Shakespeare Company.  The festival employs many local people in all areas of operations and has become an important event on the National and International arts calendar. The Walking with Spirits festival attracts large numbers of people to the Katherine region, generating important employment opportunities/outcomes and generates economic benefit to the region.

A career in the arts is a serious employment pathway available to Indigenous people.  There are many examples of Indigenous people working in the arts sector in areas such as music, acting, film making, design and promotion, photography, dance  and theatre, curators in national arts institutions, Artsworkers in Art Centres and visual arts.

The Yurliya Band has big dreams and is a highly motivated group. They have been discussing future employment possibilities such as teaching music in schools.

The Yurliya Bands first goal is to get in to the 2013 Bush Bands Bash and is working hard on their application.  This has involved recording 6 new songs, developing a band profile and blog, filming their first video clip and developing a CD cover design. This has not just involved the band members, many of the young people especially the girls have helped by filming and photographing the band. Some of the photographs are of such a high quality that they will also be entered into the Desart Photographs prize (held in September).

The Yurliya Band dream of touring their band across central Australia and would also like to participate in Triple JJJ unearthed competition.

This project aims to support and nurture the dreams of Warakurna’s young people and open up new employment pathways and possibilities for the entire region.  In order to do so Warakurna Artists has developed a program this has been broken into 4 components/themes.

All these components offer an intensive introduction to new skills with the aim that participants can go on to a range of certified programs. 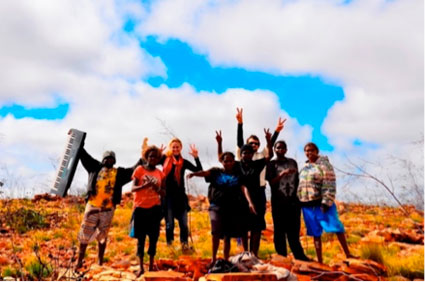 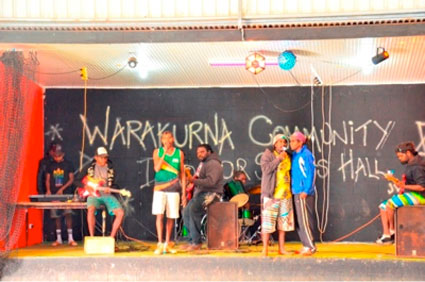 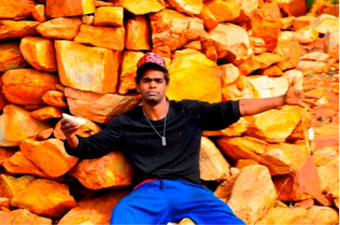 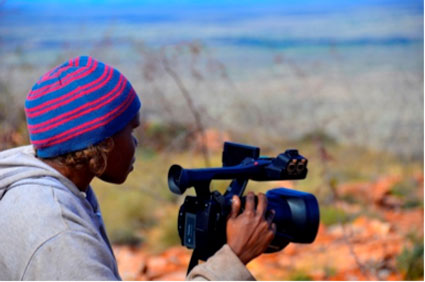 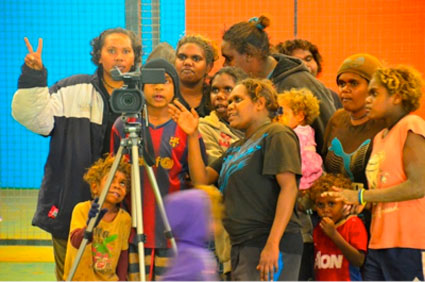 This project is a ‘seed or aspirational’ program.  It is a way of introducing new skills and possibilities to the participants.  It is envisioned that the next phase of the project would be the development of a certificates program where participants could get tickets in film making, music production including associated computer skills, photography, cultural tourism, retail and micro enterprise development, fashion, graphic and web design, music teaching, animation, dance/choreography and hairdressing. 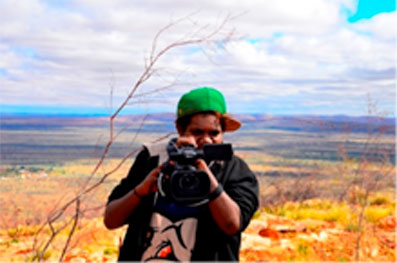 The greatest risk to the project will be securing adequate funding and the way the funding is administered.  The project will require a speedy timeframe to ensure participation is maximised.